During our trip to Florida, we visited my grandparents.  My kids love visiting their great-grandparents and it's an immediate connection every time. I have so many wonderful memories of my grandparents growing up.

My grandfather use to own a huge barber shop in Detroit.  Just like the movies...it had over 7+ chairs and it was a place that men from all over came to get their hair cut. I remember when I would visit his shop, I would weave in and out of the chairs with men getting their hair cuts or their chins full of shaving cream ready for a shave.  I would finally get to my grandfather's chair and he would look down and tell everyone "There's my girl!".  He would let me climb up on the chair and I felt like a queen.

He had a way of always making me feel special if I was in his shop or sitting on his couch in his house.  My grandfather has always been a spit fire and he loved a good debate.  Maybe that is why he was such a good barber, too!  Even at age 8 or 9, he would tell me to watch the news with him and he always wanted to know what I thought about this social issue or that.  I didn't know the right word for it at a young age but he was a die hard conservative.  Of course, sometimes I would take the other side from his and he would have "fire" in his eyes ready to prove his point.  Next, my grandmother would get involved and it was an all out "political" showdown. I would sit there and just watch them both. 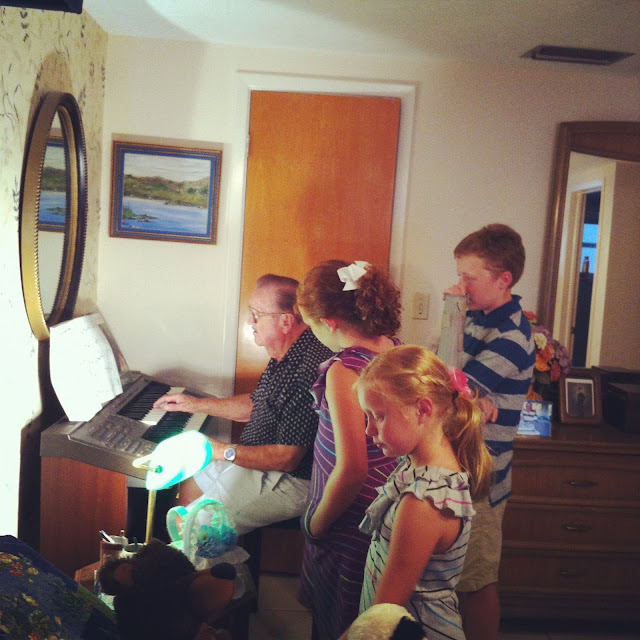 The man who made me feel like a "queen" was also the first to break my heart.  At about age 10, my grandfather and grandmother announced that they were moving to Florida.  My grandfather after decades of hard work and building a business was retiring.  I remember standing on the driveway saying our goodbyes.  I couldn't understand how he could leave "His girl!". Of course, now looking back, he was just retiring and that sunny weather and rounds of golf have helped both of them live a long life.

He turns 94 this weekend! 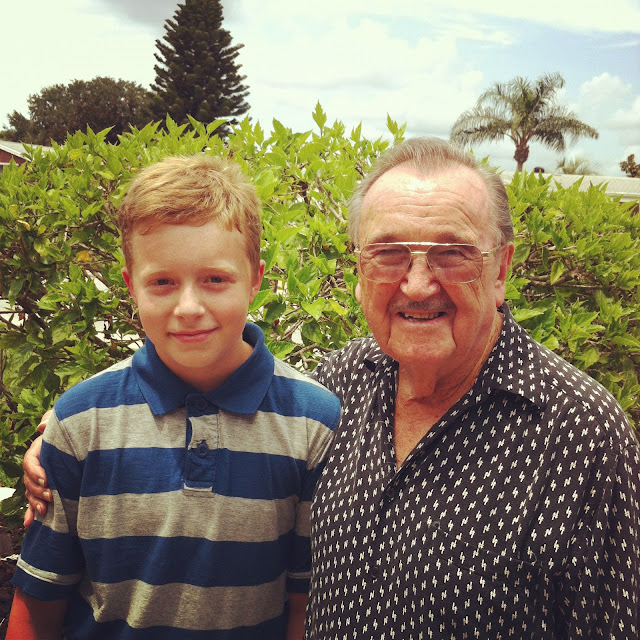 When we arrived at their house last week, my grandfather came out and saw my oldest daughter...he opened his arms out for a hug and said "There's my girl!" It warmed my heart!

Simple Thoughts by Shell in your Pocket on Tuesday, August 21, 2012